Professor Aaron Ahuvia is the most widely published academic expert on brand love. An independent published study ranked him among the world’s top 25 consumer behavior experts in terms of research impact. Dr. Ahuvia has been at the forefront of research into consumers’ love of products, brands, and activities since he published the first major scientific study on this topic twenty years ago.

Professor Ahuvia has also published extensively on income and happiness. Project+ recognized him as the leading expert on happiness in the disciplines of marketing and consumer research. He is currently working on a United Nations report on the applicability of scientific happiness research to public policy.

Professor Ahuvia researches, teaches, and consults for governments, nonprofits, corporations, and universities in Italy, France, Germany, the Netherlands, Finland, Denmark, India, Israel, Jordan, Yemen, Singapore, Rwanda, and Kazakhstan. His research has been quoted in Time, The New York Times, The Wall Street Journal, the Chicago Tribune, the Detroit Free Press, and major publications in Europe and Japan, and he has appeared on public radio talk shows as well as popular Television shows such as Oprah.

Learn more about Aaron Ahuvia on the following resources: 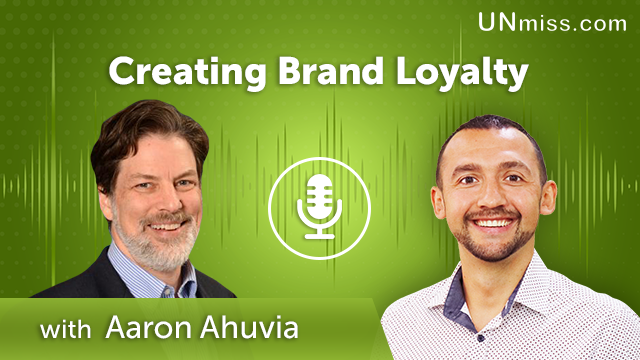